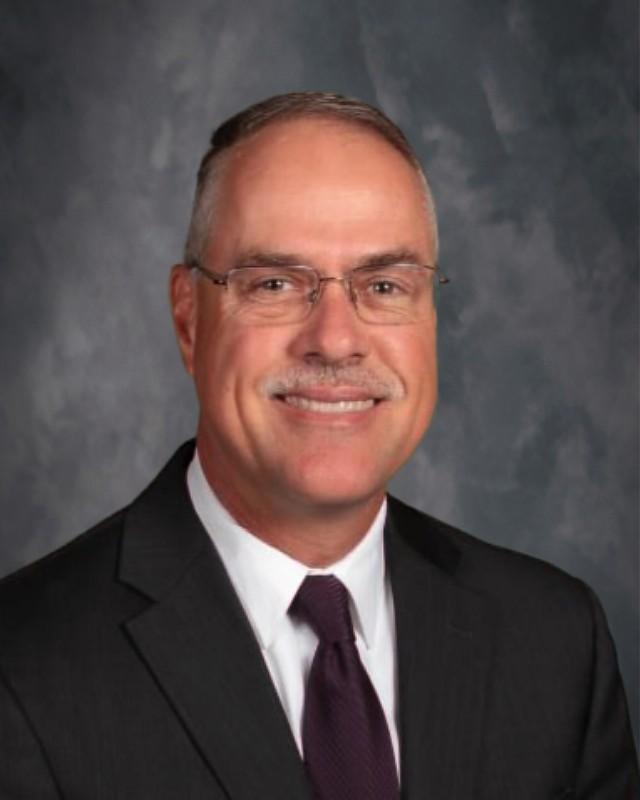 At the September Executive Session meeting of the Camdenton R-III School Board, Dr. Timothy Hadfield announced his intent to retire effective June 30, 2022. Dr. Hadfield, who coined the phrase, It’s a Great Day to Be a Laker and is the easily recognizable voice of the Camdenton District’s School Reach call program, has served the Lake Community since July 1, 2007. “I would like to extend my gratitude for the time and dedication of Dr. Hadfield to our district. Dr. Hadfield has been very pleasant to work with and I appreciate him helping with the transition over the coming school year as the Board searches for a replacement. I want to wish him well in his next chapter in life and hope he enjoys his retirement,” states Gail Griswold, Camdenton R-III School District School Board President.

Dr. Hadfield and his wife, Amy, and their three children moved to Camdenton in July of 2007, when he became the Camdenton R-III School District Assistant Superintendent. Formerly, Hadfield had begun his career for the Shelby Co. R-IV Schools upon graduation from the University of Missouri in 1993. He served the communities in and around Shelbina, MO, in the classroom, as a coach, principal, assistant superintendent and ultimately the superintendent in 2004. He led that District to be named a Gold Star School in Reading, and they were nominated as a “Blue Ribbon Award” school by the United States Department of Education. He received the Northeast Missouri Counselors Association “Administrator of the Year” award in 2007.

As the Camdenton Assistant Superintendent, Dr. Hadfield served the District leading Personnel, the Gifted Program, and Special Services, as well as supervising Transportation and Health Services. He played a crucial role in Strategic Planning and yearly Financial Planning. He worked alongside Dr. Maurice Overlander, who served as Superintendent from 2007-2010, building a strong leadership team to move forward. At that time, he also began his Doctoral Program at Saint Louis University, which he completed in 2012.

In 2010, after a rigorous selection process, school board President Susan Leslie announced the Board’s unanimous decision to appoint Timothy Hadfield as Superintendent to take the lead from Dr. Overlander. “When making the decision to support Timothy Hadfield, our board had every confidence he possessed the integrity, academic and financial knowledge, and personality to lead the Lakers. We wanted to work with the person who would always place students’ education, environment, and well-being first. We knew Hadfield would build a strong academic foundation and financial plan to oversee the future of the Camdenton R-III School District. It was my pleasure to work with Dr. Hadfield. His tireless work ethic and enthusiasm for the Laker community has been an asset to the staff, students, and families he committed to serve. His kind, steady, patient leadership personality, and his broad academic and financial knowledge will be missed,” states Leslie, commending his leadership of Camdenton.

In his tenure at Camdenton, he oversaw the LCTC expansion, the renovation of Hurricane Deck Elementary, and the site selection and construction of Osage Beach Elementary. He led several Bond restructurings, saving taxpayers $3 million. In his steadfast mindset to provide and prepare students, Dr. Hadfield supported new projects and opportunities such as Law Enforcement at LCTC, GOCAPS as part of Project Lead the Way, JROTC, and the Laker Swim Team. He facilitated the writing and implementation of two comprehensive District Strategic Plans. Hadfield recommended and budgeted for staff raises every year.

Working with Dr. Hadfield for 12 years, retired Board President Chris McElyea says, “Dr. Tim Hadfield is a visionary leader who has worked tirelessly to provide the Camdenton R-III School District students with the best education possible. Dr. Hadfield is a leader who sincerely cares about the staff and the students of the district. His approach to any situation has always been to show grace and understanding. His leadership will be missed. It was an honor to work with him, and I thank him for everything he has done for the district.”

Veteran school board member, and current President of MSBA, Nancy Masterson, reflects on Dr. Hadfield’s tenure. “Twenty-four years of serving on the Camdenton Board of Education has given me a unique perspective of what makes a district great and that is the people who work countless hours doing what is best for children. Dr. Hadfield is one such person. He has a true servant leadership style and a compass always pointed to make our district better. I have always found him to be concerned about the safety and improving the academics of our students. I know we will miss his extensive knowledge and professional leadership in the years ahead, but the changes he has made and the new facilities and programs built under his leadership will carry on for many years. It has been a pleasure working with Dr. Hadfield.”

The Board of Education will now be charged with a candidate search.